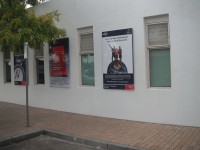 After an ongoing battle with random acts of vandalism, Ross Vorrias, Director, Barry Plant – Deer Park, made the decision to protect his new offices with easy-on anti-graffiti coating.

“The building was being continually graffitied by local vandals. Within weeks, the office was a disgrace with tags all over the walls.” stated Ross.

After the offices were re-painted, the ECA team applied the easy-on coating on all exterior walls. Within a week the refreshly painted walls were again vandalised, however, this time all of the graffiti was simply wiped off as soon as it was discovered without leaving any ghosting .

The speed and ease by which the tags are being removed has now resulted in no grafitti in the past three months. Proving what is known, that by removing graffiti straight away, vandals give up because their tags are not being recognised.